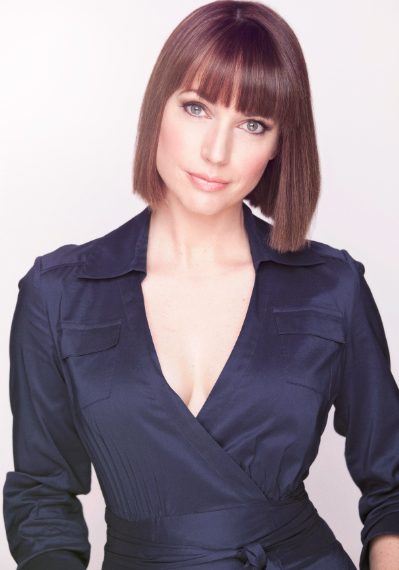 Already an outright hit after just three episodes, the new series BETTER CALL SAUL has populated its world with just as colorful a cast of characters as its predecessor series BREAKING BAD.  One of the smart addictions to BETTER CALL SAUL has been the Kettlemans — the county treasurer and his wife who may or may not have embezzled $1.6 million.  After last week’s cliffhanger ending, there is little doubt what happened to the money.  Jimmy McGill’s (Bob Odenkirk) fine hound-dog instincts were right about the Kettlemans absconding with the money and faking their own abduction, and it led him right out their backyard and up through hills ’til he found their family tent, where they were singing campfire songs with the kids.  Given that each of the characters seems a little out of their depth in the criminal world most of the time, it is just about guaranteed that Jimmy and the Kettlemans are about to find themselves in an even more dubious and perhaps downright scary partnerships — for whoever coined the phrase “criminal mastermind” has never met Jimmy, Craig (Jeremy Shamos) or Betsy (Julie Ann Emery).  They all are dying to get ahead in the game, but none of them are really prepared to live up to the “dying” part.  They just want to get rich quick and get away with it.

In an exclusive interview, co-star Julie Ann Emery talked about the surprising expansion of her role as Betsy Kettleman and how awesome it is to be working on the show she was confident that fans would love.

When you first heard about this role, what did you think about it? Did you think, “I have to do this role,” or what was going through your head?
JULIE:  Honestly, when I read it, I thought, “oh, they are never going to cast me.”  The picture of her that I had in my head was not where we wound up.  So I put myself on tape at a place called The Tape Room in New York and sent it to Los Angeles, as I thought to myself, “I’ll just make it work on me” and that kind of freed me up to do whatever I wanted to do with it.  But I was really shocked to get the call.  I was also a gigantic BREAKING BAD fan and when you are such a huge fan of a show and you think the writing and acting and directing are so superb on a show, you try not to get your hopes up too much.

So what happened when you found out that you were going to be in more than one episode?
JULIE:  (Laughs)  There is no bigger compliment than that, right?  There is no bigger compliment than Vince Gillian and Peter Gould saying, “We have to run with this storyline.”  They were very happy with our chemistry and the direction our characters went.  It was great.

In your mind, who is Betsy Kettleman?
JULIE:  Besty is a steam engine.  Betsy is like a relentless advocate for her version of the truth and I think we will see that in the upcoming episodes.  She is ambitious.  She believes in making her own reality.  She is a mama bear that will do absolutely anything that is for the betterment of her family.

There was a bit of an unexpected touch to this character since we got to see her in a family atmosphere at the end of last week’s episode in the camp scene.  How was it to film that?
JULIE:  We shot that very near the Rio Grande, actually — and how cute are my kids?!  The little actors playing my kids are adorable.  It’s tough to film in a tent.  You don’t think about that fact because on camera you only see us in the tent.  But we had a camera crew in the tent with us, there was sound people in the tent with us, so it was tight.  It was hot.  But super, super fun.  The Kettlemans are so relentlessly happy, no matter what, that it gets to be sunny and fun all the time.  Also, and this is a fact I don’t think anybody knows and I’m sure they did this on BREAKING BAD as well, there are a lot of poisonous snakes in that area, and we literally had someone called a snake-wrangler on set and he had an assistant that night.  But they just walked around, looking for snakes, and clearing different areas when we are outdoors — clearing the different areas where cast and crew can go.  I’d never had that on set before.  I’d never even considered that was a necessity.  But we like our snake-wranglers.

So you’re then probably thinking, “Maybe we shouldn’t be doing this on location.  Maybe we should head back to the studio.”
JULIE:  (Laughs)  I know, right?  I was like, “There is a snake wrangler? Really?! That’s great.  I will follow his orders.”

It probably brings out some of your protective instincts as well and you might have been like, “There’s children here!”
JULIE:  (Laughs)  I know, right?  I looked at the kids and said, “Stay with me.  Stay with the group.  Don’t wander off!”

What do you see as Betsy’s strongest quality?  What do you most admire about her?
JULIE:  What I most admire is her belief in speaking her world.  She really believes that she can speak her world and it will come true.  Also, we sort of live in this moment in our society where we keep moving the finish-line to success.  It used to be if you were middle-class successful, you had a nice home and a nice family; but now it’s upper-class, where you have to be rich to achieve the American Dream.  I admire that she’s going after it.  Obviously, like her clothes in the first few episodes, we worked with the costume designer to show that Betsy has money, but when she goes to buy a skirt suit, she buys it lime green and kind of ill-fitting.  She wants to be like Ann Romney or Gunnar McDonald’s wife.  She sees these women that she wants to be and she sees these images of couples she wants to be like, but she cannot get it right yet.  I think that is a common thread in this country.  We want to take our lives to the next level and we are all sort of struggling to find ways to make that happen.

Do you see Betsy as a shark able to swim in the crazy waters of the show or is she going to get eaten alive?
JULIE:  (Laughs)  I cannot tell you that!  No spoilers. No spoilers, whatsover.  It will be a fun thing to watch on BETTER CALL SAUL.  I can tell you that.

At this point, we have seen Betsy interact with Jimmy a little bit and it seems like she doesn’t think much of him.  Does she view him at this point — as he has come into her tent — as her savior or her worst nightmare?
JULIE:  (Laughs)  I think that is yet to be determined.  Betsy feels strongly that she can decide.

She kind of took an instant dislike to him.  So it’s like, “Uh, oh.”
JULIE:  In that first episode, they kept a lot of the looks and I think she was continually assessing him.  She wants to move up in the world and his tie wasn’t expensive enough and his briefcase was a little beat-up.  That’s not her image of what her lawyer ought to look like.

If Betsy were to come face-to-face with someone like Nacho (Michael Mando), what would be her first thought?
JULIE:  (Laughs) She’d be thinking, “Put on a button up shirt.”  I think that is what she would say to him.  Michael Mando is terrific.  I was a big fan of ORPHAN BLACK, so I was really excited to meet him.

The show does great casting.  They do unexpected choices, which makes the show more interesting to watch.
JULIE:  Thank you! I appreciate that.  It was even unexpected to me to get cast.  There you go:  Vince Gilligan is a genius.

If you had the opportunity to sit down with Betsy, what would you tell her?  What would be your advice to her?
JULIE: My advice to Betsy:  “Every now and then, take a breath and chill out.  Go get a massage — and pay cash.”

For you, so far, what has been the best part of working on the show?
JULIE:  It’s the people.  I think the show has some of the best writing on television, the best directors on television.  Every person is cast so well and so specifically.  The skill level of the actors and the designers and our cinematographer Arthur Albert is just brilliant.  I love watching our show so I can see how all of his gorgeous shots came together.  The calibre of the people on the show are a true pleasure to work with.  Vince Gilligan is really one of the nicest human beings on the planet.  He really sets up a welcoming space for everyone that walks on that set.  For me, Betsy was a little bit like jumping off a cliff and it was a very warm environment to do that in.  So I have great appreciation for that.

What would you say you have learned from working on the show?
JULIE:  I suppose to “jump off a cliff” more often. I really did jump off a cliff with Betsy.  She’s unlike anything I’ve ever played before.  Vince directed the pilot episode and we really explored who the characters were and they were changed while we had room to discover them.  He gave me such confidence to leap and I appreciate that and I really hope that I can carry that forward to my next project.

Are there any teasers you can offer about what is upcoming on the show?
JULIE:  The best of Betsy is yet to come and you don’t want to miss it!  The Kettleman saga is definitely not over yet.

To find out what dirty deal Jimmy strikes with the Kettlemans and how it is sure to backfire on all of them, be sure to tune in for all new episodes of BETTER CALL SAUL on Monday nights at 10:00 p.m. on AMC.  (Fans can follow Julie Ann Emery on Twitter under her Twitter handle @julieannemery.) 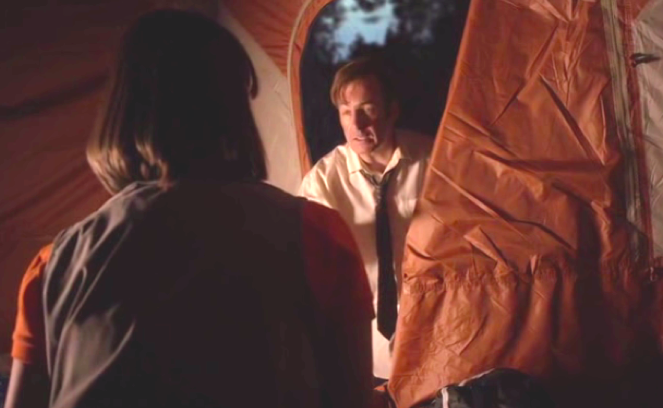