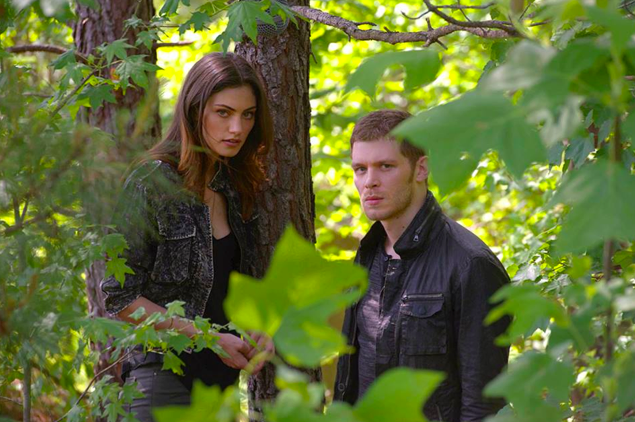 In the CW supernatural drama THE ORIGINALS, Niklaus (Klaus) Mikaelson is both the hero and the villain. But even villains may have a very good reason for the terrible things they do. In THE ORIGINALS, Klaus is driven out of the need to protect his family above everything. As seen in Season 1 finale, he was even willing to pretend his newborn daughter Hope had died in order to keep her safe. Imagine: Klaus was willing to appear the impotent, grieving vampire just to keep his daughter safe and out of the hands of his enemies; and Klaus has many enemies. Some deservedly, others perhaps less deservedly. But Klaus’ reign of terror has lasted over a thousand years. His name alone inspires fear everyone that hears it.

In fact, it should be engraved in a concrete banner hanging right over Bourbon Street in New Orleans: “Don’t fuck with Klaus.” Everyone would be better off to heed that warning.

So as Season 2 opens, Francesca Correa is in control of the French Quarter. She has her hybrid army militantly patrolling and harassing everyone just because they can – especially with those 12 moonlight rings zapping Klaus’ full strength.

Meanwhile, Klaus is sitting restlessly at home, allegedly grieving; yet in reality seething in rage biding his time. Then Elijah has his hands full placating Klaus and keeping tabs on Hayley, who seems to have taken the grieving for her lost child to heart. Hayley knows that Hope is alive and well and better yet, safe, but being forced to be separated from her has driven Hayley a little bonkers. Her internal anger and rage nearly matches Klaus’ rage and that is never a good thing. No wonder Elijah is keeping close, but maintaining a safe distance. Angry parents are unpredictable and god-help those that cross either Klaus or Hayley’s path right now.

In the meantime, as last seen in the Season 1 finale, there was surprise return of Esther and Finn (albeit in new bodies), which has left us all wondering just what are they up to. When last seen in THE VAMPIRE DIARIES, Klaus’ mother and brother were pretty determined to kill off the entire family in a self-sacrifice simply because they thought that they were all a sacrilege against the laws of nature. So when your mother and brother want to kill you and all your remaining siblings, it is fair to say that they still pose a threat. Plus, the fact that Esther came back and now inhabits the body of Cassie, the resurrected Harvest witch, makes her the most powerful witch in New Orleans — though Davina may just be her equal, given how strong Davina has been that Harvest ritual as well.

Plus, Davina has learned to align with no one after all the betrayals of last season. Her own coven tried to sacrifice her, with her mother’s blessing, and then she was used at various points by Marcel and Klaus in their tug-of-war for control over the vampires and New Orleans. So Cassie aka Esther may have a bit of trouble on that front if Davina decides she is unhappy with whatever the witches are up to now.

With the werewolves aligned with Francesca, the witches under Cassie’s control, that just leaves the remnants of the vampires, who have been forced to flee New Orleans or to be killed on sight. Only Klaus, Elijah and Hayley seem exempt from that rule. Apparently, grieving is the perfect excuse to not be subject to a vampire massacre. Then Marcel and Josh are hanging around just outside city limits, trying to figure out what is next for them. Marcel is even willing to temporarily align with Klaus if they can find a way to get their city back.

So what is the golden rule again: “don’t fuck with Klaus.” Klaus may pretend to be weak and impotent and unable to strike back; but to anyone who really knows him, that is never true. Even Cassie/Esther knows better than to announce her presence to Klaus. The longer he doesn’t know she is back, the better. So the question then becomes: who would be so foolish and naïve to invoke the wrath of Klaus? Well, let’s start a list and we will see who Klaus strikes off that list in the Season 3 premiere. That’s right. Klaus can only play the good, grieving father for so long. Then comes a time for him to show his true colors – and those aren’t pretty.

In answer to the question posed at the beginning of this article: what does Klaus fear? The answer is: only the loss of those he loves. But once he has secured their safety, for there are not many people that Klaus truly loves, then all bets are off. The claws come out, the fangs descend, and Klaus’ true nature takes over – and it is an awesome sight to behold.

So get ready for a season where Klaus reminds everyone why there should be a sign hanging in New Orleans that says: “Don’t fuck with Klaus.”

To see how magnificently Klaus emphasizes this golden rule, be sure to tune in for the Season 3 premiere of THE ORIGINALS on Monday, October 6th at 8:00 p.m. on the CW. Heads and hearts are going to roll. 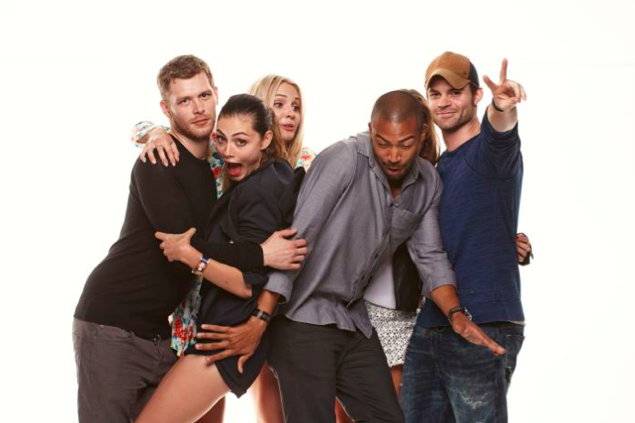