The journey of Duke Crocker has not been an easy one.  He went from being a carefree, happy-go-lucky smuggler to being one of the most cursed men in all of HAVEN. Not exactly plagued by one of HAVEN’s notorious “troubles,” Duke found out that his family’s legacy is that he can kill someone to save their family line from their “troubles.”  Yet the thought of killing a person to save their family from a dreaded “trouble” is still not the kind of legacy Duke ever imagined.  He would have preferred a treasure chest or even a cache of weaponry.  But instead, he has this unique ability that turned him into the one thing he never wanted: a killer.  Even to save lives and guarantee a better life for those left behind, Duke has found himself thrust amongst HAVEN’s “troubles” in a way he never imagined or wanted.  It makes him both a unique ally and a foe.  It is all a matter of which path he chooses.

So Duke’s destiny is not much more enticing than Audrey Parker’s (Emily Rose).  When Audrey first came to the little town of Haven, it was to solve a few unusual crimes.  But the longer she stayed, the more she realized that her own destiny was tied up into the Haven “troubles.”  She was a different kind of cure — if she entered this mysterious barn when it appeared, the “troubles” would go away for another 30 years or so.  But it meant that Audrey was cursed to keep coming back generations later and discover herself living an entirely different life.  So the first 3 seasons of HAVEN have been a journey of discovery and heart-break as both Duke and Audrey discovered their destinies and the vital roles they play.

For star Eric Balfour, his character Duke’s personal journey has been harrowing and exhilarating.  He likes to focus on the positive side and sees Duke as the hero despite the dark places he has to go.  Eric also sees HAVEN as the ultimate love-story — though he has an unusual take on it.  He sees it as the love story between Duke and Audrey, one that was halted in its tracks last season but which could still potentially thrive; and the love bond between Duke and Nathan (Lucas Bryant), as brothers, as they grew up together in the “trouble”-infested world of HAVEN.

Another reveal that has Eric pretty excited is the addition of Christian Camargo, as Duke’s long-lost brother Wade, in Season 4.  Duke has never done well with people showing up unexpectedly in his life, but given the difficulties he has endured for the past 3 seasons, perhaps now is the perfect time to have another family member around to help shoulder the burdens of being a Crocker.

To hear Eric’s thoughts on Season 4, the arrival of Wade and the complex relationships between Duke, Audrey and Nathan, be sure to check out this video interview:

Then look for part 2 of Eric’s interview coming on November 9th as he talks about a very key development in Episode 409.  HAVEN returns for Season 4 on Friday, September 13th at 10:00 p.m. on Syfy.  Don’t let this chance to #DiscoverHaven slip on by! 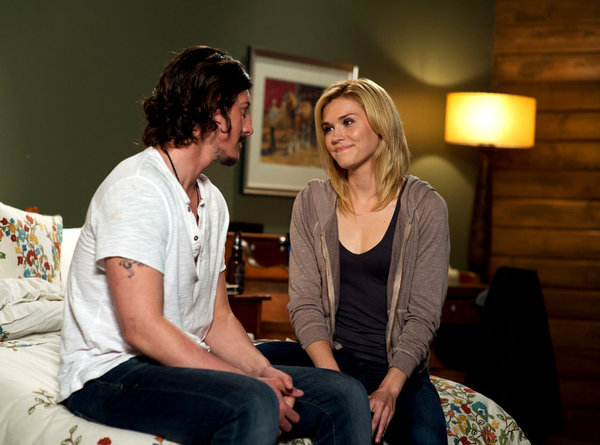