With Merlin Lured Away From Camelot,

Arthur is an Assassin’s Target 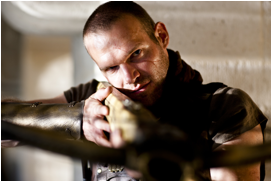 Gwen continues her Morgana-directed attack on the King
in an all-new MERLIN episode Feb. 22 at 10 p.m. ET/PT on Syfy

Morgana’s plans to kill King Arthur grow more intense when Guinevere makes a secret pact with a visiting ruler to complete the task – and Merlin is nowhere to be found during “The Hollow Queen,” an all-new episode of MERLIN premiering Friday, Feb. 22, at 10 p.m. ET/PT on Syfy.

Merlin agrees to help a young Druid boy who begs for assistance, and at first his absence is barely noticed as Camelot prepares for a visit by another nearby king, fearsome Sarrum of Amata (John Shrapnel).

But as the sky darkens, so do Merlin’s suspicions. Is there more to the Druid than meets the eye? And can a man as ruthless as the Sarrum ever really be trusted? Before long, the young warlock realizes he’s made a terrible mistake.

John Shrapnel, a veteran film actor with credits ranging from epic films like Gladiator and Troy to the lighter Notting Hill and 101 Dalmatians, guest stars this week on MERLIN as the deceitful Sarrum, who falls into the web of deceit spun by Morgana and the traitorous Gwen. 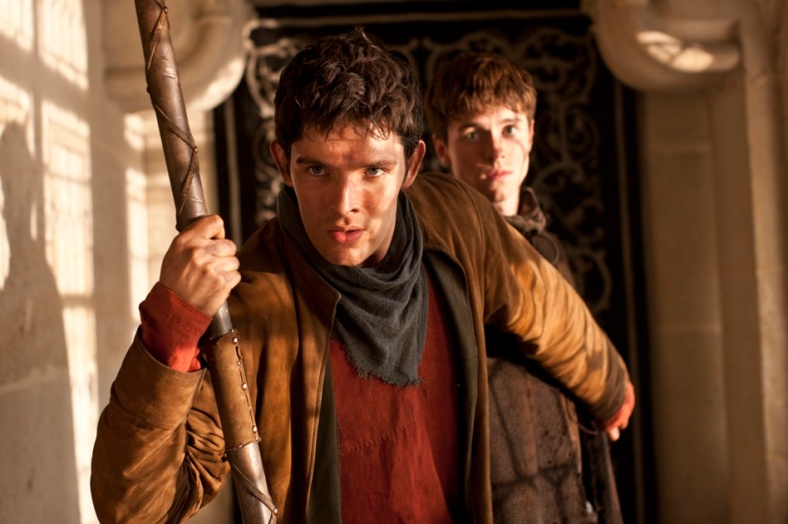 “The Hollow Queen” also offers very physical scenes of swordplay as Arthur and his men duel with Sarrum’s forces. The spotlight falls squarely on Bradley James, who has come a long way since first picking up a broadsword five years ago to play Arthur.

“I wouldn’t know how I would stand up in an actual sword fight, and I wouldn’t want to find out, either, but I’m better than the average bear,” James says with a knowing laugh. “It’s been a huge bonus of the job to do all the sword fighting, and there’s some stuff in Season Five that I’m very excited to see.

“The challenge for us this season was to give the audience something to catch their eye. As opposed to just a generic sword fight, we’ve had to go that next step. Season Four really kicked the action of the series into gear, so we knew in this final season we had to really take it up another notch.”

After this week, MERLIN will take a one-week break before returning to Syfy for its final five episodes. However, MERLIN fans can savor all the swordplay and treachery of “The Hollow Queen” this Friday, February 22, at 10 p.m. ET/PT, only on Syfy.

Also of note: MERLIN was nominated for a Saturn Award as Best Youth Oriented Series on Television!

All four previous seasons of MERLIN are now available on DVD, on iTunes and on Netflix. Be sure to follow the latest news on MERLIN at the Official Merlin page on Facebook. 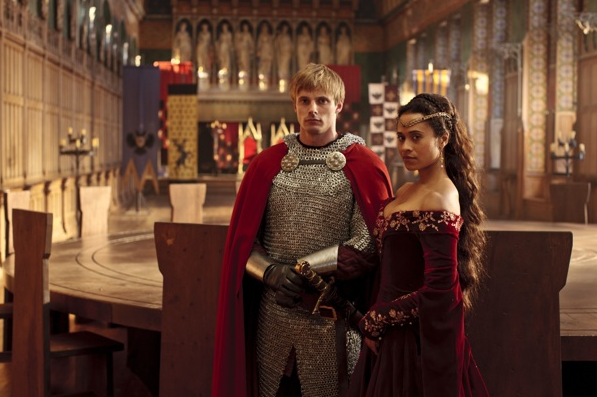 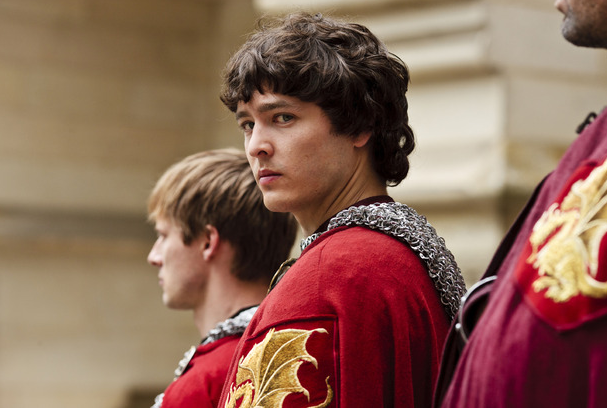