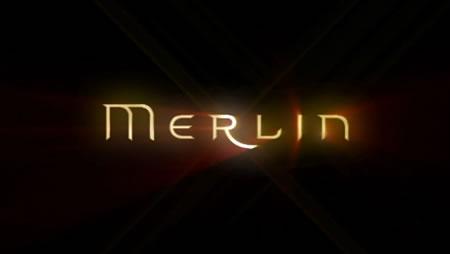 While Arthur is Pre-Occupied by a New Love Interest

in Friday’s All-New Episode of MERLIN

As Arthur seeks to soothe his wounded heart, Morgana mounts the ultimate plot to destroy his kingdom and steal the throne in “The Hunter’s Heart,” an all-new episode MERLIN premiering this Friday, March 16 at 10 p.m. ET/PT only on Syfy.

The fourth season of MERLIN has seen the series’ audience grow to its largest ever since MERLIN began airing on Syfy, reaching an average of 2.3 million people a week through live and DVR viewing. Ratings have also been buoyed by the availability of MERLIN on iTunes – where both individual episodes as well as all three full previous seasons are available for purchase and download.

In “The Hunter’s Heart,” the Kingdom of Camelot – and Arthur – are preoccupied by the arrival of the beautiful Princess Mithian (Janet Montgomery), with whom Arthur has pledged to form both a political and romantic alliance. Merlin suspects Arthur’s heart is still broken over his banishment of Guinevere, and attempts to sidetrack the immediate attraction between the royals – with little success.

While Arthur is distracted by a new love, Morgana’s hatred comes to full boil as she plots a siege on Camelot that leaves only an absent friend to possibly raise the alarm: Guinevere. But with past wounds still raw, can love really conquer all? Or is a deadly arrow destined to fly straight into the heart of Camelot?

Janet Montgomery is no stranger to U.S. audiences, boasting film credits including the Academy Award-nominated Black Swan and Our Idiot Brother, and recurring roles on the popular television series Entourage and Human Target. Bradley James was particularly enthused with the casting of Montgomery, and their instant on-screen chemistry is reflective of their off-screen friendship.

“Janet has always had bags of energy and enthusiasm and is full of ideas,” James explains, “and her personality is one that many want to be around. So I was very pleased when I found out we’d be working together when she got the role of Mithian.”

Merlin’s magical interventions to cause separation between Arthur and Mithian lead to one comical moment after another, mostly involving an awkward instance of clumsiness or offense by Arthur. To Merlin’s frustration, Mithian’s reaction is one of accepting laughter. When Merlin prompts an unexpected series of burps from Arthur during a romantic picnic, even James was surprised to witness his pal Montgomery’s response.

“One skill I had not learnt Janet possessed in my years of knowing her was her incredible ability to belch at a volume I had not previously thought possible by a human being,” James says with a laugh. “This came in particularly handy for a scene between the two of us where she came close to bursting my ear drum with a ferocious example of her belching skills. Following this display, she smiled sweetly and posed a picture of innocence. Janet Montgomery … hidden talents.”

“The Hunter’s Heart,” an all-new episode of MERLIN, airs Friday, March 16 at 10 p.m. ET/PT only on Syfy.  All three previous seasons of MERLIN are available on DVD and on iTunes.